Having a pet dinosaur was my childhood dreams and I sure people still dream about it. Riding a huge T-Rex is all we wanted. Thanks to the Lego Jurassic World game that allow us to face many risks that hide in Jurassic park. Yes, the park is now open for games with a lot of In-game troubles and challenges.

LEGO Jurassic World takes after the stories of the majority of the movies that are attached to the Jurassic Park series. You can play via the story lines of the 4 films, where you’ll be dealt with the ancient fiasco as well as the prehistoric catastrophe. I advise you to start the game with the first movie as this will allow you to get acquainted with the basics. Also, you will be able to see the park before the visitors, and you will be able to get factors prepared for the public, it soon becomes obvious that not everything is the way it should be. Sabotage is near as dinosaurs are breaking loose; thus, the pitfall of the unique ‘Jurassic Park’.

After completing the first series, the lost world (second series) will be unlocked. I don’t want to post the spoilers because this will annoy those who haven’t played the game. So, I am keeping my mouth shut about this one. Just a hint; explore the new island which is infested from the past and remain conscious about the dangers. 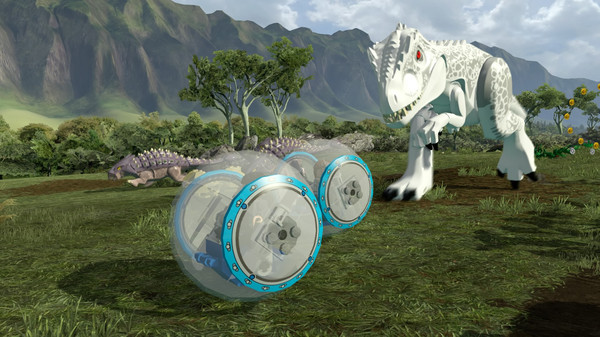 I tested this game one XBOX One as well as on PS4, and experienced amazing graphics; the real potential to convey things realistically. The environment is real and scary, often due tot he sound as well as the visual effects, but it is an adventurous fun game. The developers worked really hard to make this game.

Lego is back on track with this game. They grasped every little thing which is needed to make a successful game. It can be played by anyone; even an older adult would love to play this game. My rating for this game is 9 out of ten, and I haven’t found any error or glitches till date. Please comment below to share your views on this particular game.